Shop by To Fit 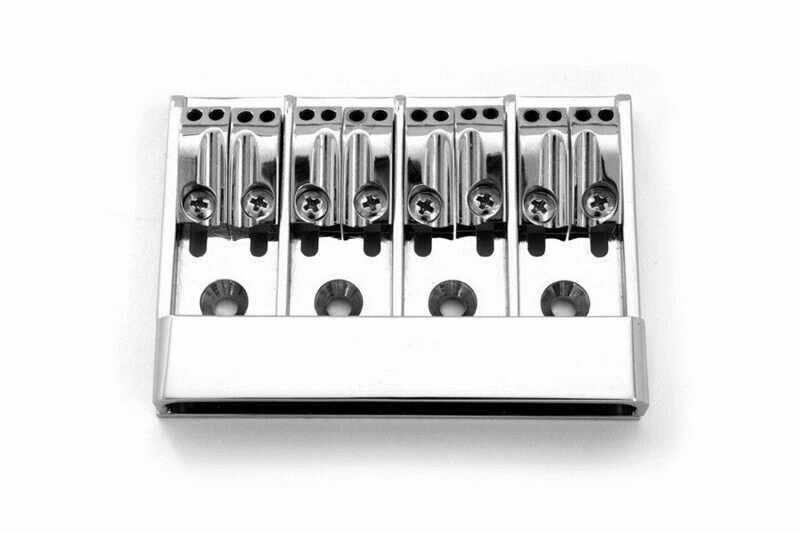 What is the saddle of a guitar?

The saddle of a guitar is the small piece at the top of the neck near the nut where the strings come off the headstock and travel down towards the bridge. The space between the saddle and bridge is where you play by pressing down on the fretboard and by plucking or picking over the pickups.

The saddle is important because it affects the action, which is how high or low the strings lie relative to the frets above the guitar bridge. If the action is high, it will be hard to press down. If it’s too low, the strings contact the frets and cause buzz. The ideal action is a matter of personal preference and style, so experiment with it. A good saddle and guitar bridge keeps your tuning correct for a longer period of time.

What is a Tune-o-Matic bridge on a guitar?

Tune-o-Matic, or TOM, is the design of bridge that Gibson uses for its electric guitar models. The guitar bridge is metal and gives each string its own small saddle. The strings come down the guitar, pass over the bridge, and then go into the guitar itself or a metal stopbar. The TOM bridge design is decades old, and the current incarnation goes back to 1975.

What is a guitar tremolo on a bridge?

The tremolo arm, trem arm, or whammy bar is an attachment on some electric guitar bridges that you can pull or tap to wiggle the bridge up and down. This creates a musical effect called vibrato, in which the pitch of one or more notes shifts up and down. It occurs because moving the bridge slightly alters the length of the strings, which changes the pitch.

Having a tremolo system is valuable for some styles of electric guitar play. The Floyd Rose bridge is a typical example of a bridge that works with such a system. Fender Strat and Telecaster models, along with other Fender models, often feature the Floyd Rose guitar bridge. The Tune-o-Matic guitar bridge generally does not support a tremolo bar because the saddles will wear down the strings, potentially breaking them. The Bigsby was the first trem arm.

How do you know which guitar bridge is for you?

It depends on whether or not you want a whammy bar and what you are playing. Acoustic instruments generally do not have guitar bridges with trem, but Fender Strats and Telecasters will use bridges with trem for jazz, blues, and other genres. From the pickup to the nut, the pitch, tuning, and sustain you get with a Telecaster or other instrument will improve with superior parts, including a better guitar bridge.