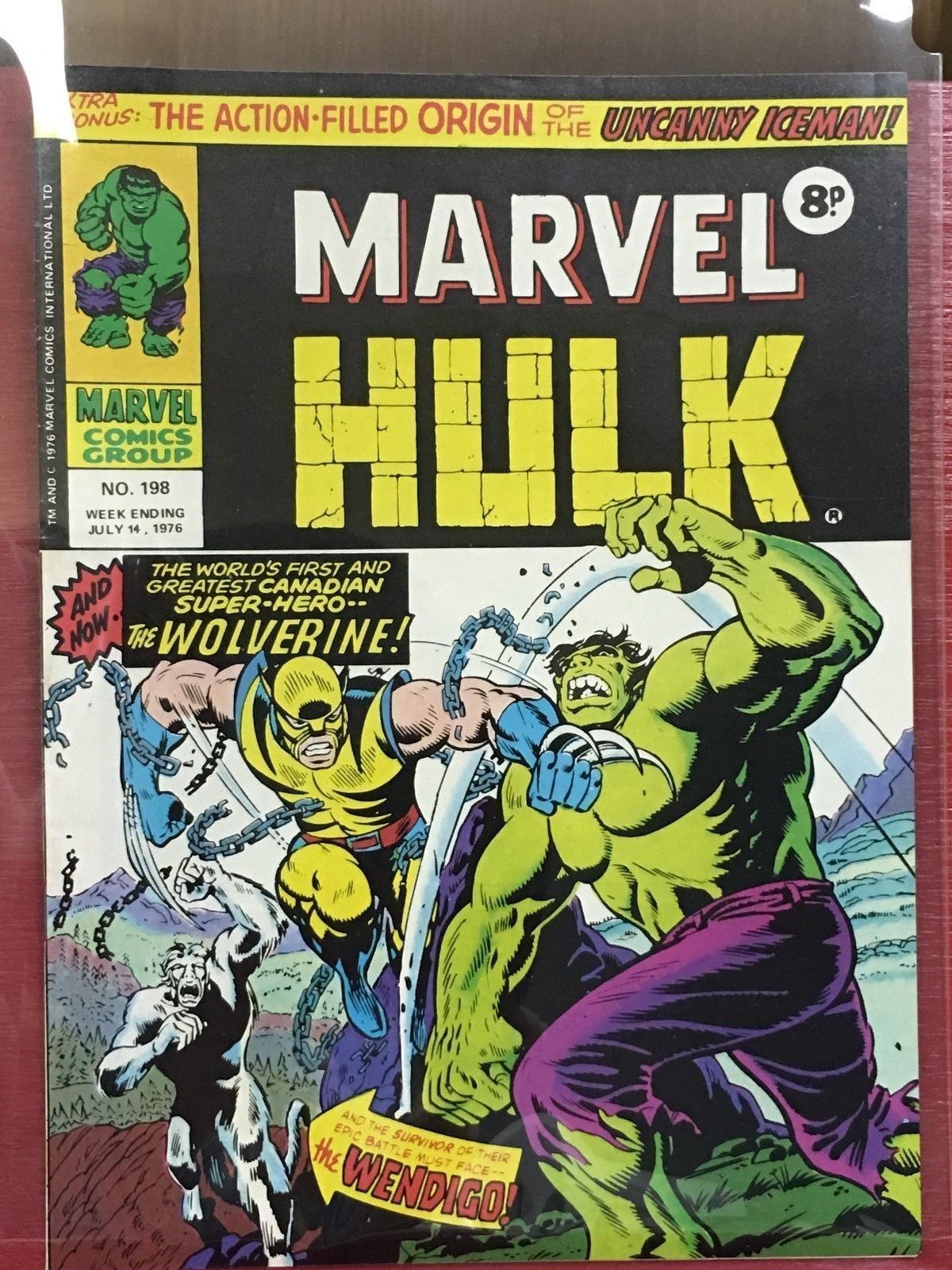 Long before the character was portrayed in the Marvel Cinematic Universe by actors Edward Norton and Mark Ruffalo, the Incredible Hulk captivated readers for years in comic book form. Issues from the 1970s continue to be remembered well. Number 181, in particular, draws significant collector interest for presenting the first appearance of Wolverine, and you can find many used copies on eBay.

Why is number 181 of the Hulk historically relevant?

Issue number 181 features the iconic anti-hero Wolverine in his first book-length story. As such, the issue remains an important one in comic book history. The Hulk faced numerous Marvel heroes, such as Iron Man and Thor, in his book. Those characters, however, were previously established in their monthly titles as well as in the stories featuring The Avengers.

What is meant by "Wolverines First Full Appearance?"

Issue 181 prominently features Wolverine as the mutant "Weapon X," who plays a significant role in the plot. However, number 181 doesnt present the actual first appearance of the future X-Man. The character of Wolverine first appeared in the previous Hulk issue number 180. However, the bulk of that issue dealt with the Hulk and alter ego Bruce Banner battling an old foe named The Wendigo. Wolverine only appeared on the final page to set up a cliffhanger ending.

Len Wein served as the writer while Herb Trimpe provided the penciling. Wein and Trimpe worked together to create Hulk comics for many years throughout the 1970s. Other professionals involved with the creation of issue 181 were inker Jack Abel, colourist Glynis Wein, letterer Artie Simek, and editor Roy Thomas.

Was the number 181 Wolverine different from later versions?

Yes, there were some subtle and overt differences with the character. Wolverine first appeared as a Canadian government asset. He was not a member of the X-Men at this point. The artist rendition intended the superhero to be in his early 20s or possibly late teens. He had not yet evolved into the grizzled, aged Logan of later appearances. Wolverines claws were not originally adamantium-laced bone extensions. The claws were part of his gloves although this is not directly mentioned in the issue. The personality of this Wolverine didnt embody the brooding nature of the older Logan either.

Content provided for informational purposes only. eBay is not affiliated with or endorsed by Marvel.