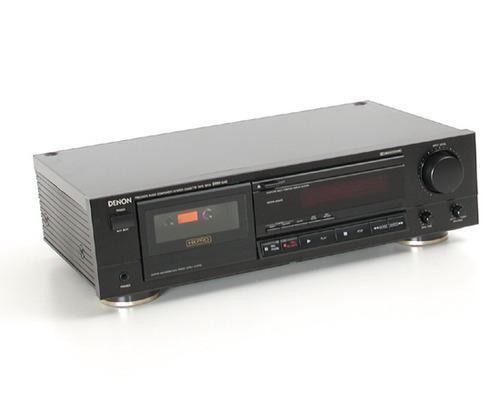 Cassette players were the go-to audio media device of the 80s and 90s because they were lightweight, portable, and easy to record and play. Cassette players varied widely, ranging from simple voice recorders to high-tech sound-mixing equipment for the studio. These decks are still in use today and offer some unique features and controls that are not available on digital equipment.

Why are the advantages of vintage cassette decks?

Nostalgia may be a primary reason for the current use of cassette players. You may prefer the warm sound the cassette provides. Unlike mp3 recordings, the cassette tape is a tangible item you can hold in your hands. Another advantage of the cassette is that you dont need a computer to record, copy, or play music. If you already have a large collection of audio cassette tapes, transforming them to a digital format can be time consuming. It also requires specialized equipment. The cassette is also commonly used for books on tape. Many vintage decks come with Braille to make using the player easy for the blind. Because the cassette pauses physically when you turn it off, you can transfer it to different players without losing your place.

What features do vintage cassette decks have?

The audio cassette recorder is an easy-to-use audio analog device, but there are a range of options available to suit your needs. Dolby B stereo noise reduction is common in pre-recorded audio tapes. Playing tapes recorded in Dolby B on non-Dolby decks increases the treble, making the music sound tinny. Auto-reverse is an important feature for a player if you want continuous play without having to eject, flip, and re-insert the cassette. Two-head and 3-head decks are also available. Three-head decks feature separate play and recording heads, which enhances the record and playback options. Cassette tape speed is variable on certain decks for two main reasons:

What kinds of vintage cassette decks are available?