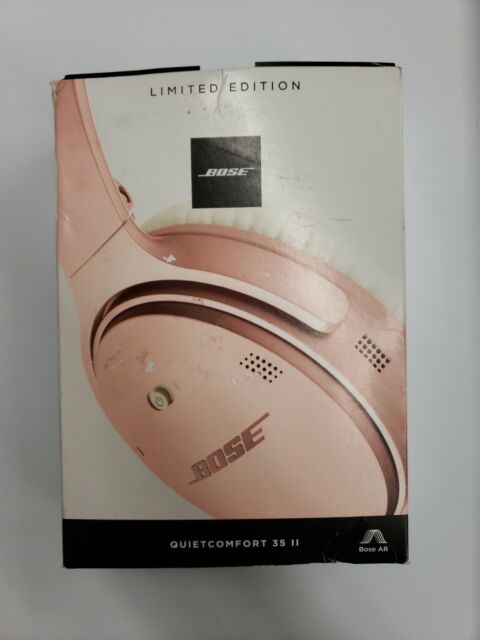 I bought these for my wife. She loves them ! I also own an earlier version of these same phones. THE best headphones, by far, I have ever owned. My own pair, the same model (but silver color and 3 model years older), have been bullet-proof. They charge quickly, are DEAD quiet with NO hiss or line-noise whatsoever, and incredible dynamic range and noise-cancelling ability. They are clearly among the best that money can buy. If you listen to classical music or jazz, THESE are THE ones to buy ! Hands down ! Even if the battery is totally dead, you can simply use the provided cord and use them as conventional phones. Just another plus. Expensive ? Yes. BUT, you get what you pay for. Longevity, quality, durability.

Starting with the basics: Apparently, I snore. Loudly. At night mostly. My wife would often times be not next to me in the morning, and that was unsatisfactory to two people in my house. Custom ear plugs were not comfortable, were lost, and were not a viable solution for her. She doesn't like stuff in her ears. So the choice between Bose, Sony and Sennheiser (I own 3 sets of Sennheiser RS170s, and I like them a LOT) was made. Bose has Rose Gold so she got the "pretty ones." Night One: Not perfect, she ended up on the couch. Night Two: Not perfect, she stayed in the bed though. Night Three: Back to the couch. Night Four to Now: In bed when I wake up. That's success in my book. We're working on a pillow so she can sleep on her side, but part of the process is she's become more comfortable sleeping through the night on her back. The second half is that she's sleeping through the night - which she wasn't doing before. Her attitude has improved. She's becoming a better person, more pleasant, etc. lol - no, I'm not saying she wasn't a good person to start with - I'm saying that Bose has greatly reduced her sleep interruptions and we all know that interrupted sleep has many consequences, mostly negative. Her sleep isn't interrupted anywhere near as much as pre-Bose. It's a very positive intended collateral benefit. She feels better. So beyond the basics - the ANC is awesome. I can actually get work done without interruptions. I was working the other day, and there was a tree service working 3 doors down, running chain saws and an industrial chipper. Could NOT hear it from the moment the ANC kicked in. A couple of hours later, I took off the phones to find out they were still at it - and I'd forgotten about them in the interim. That's powerful good ANC. That clock ticking in the background? Gone, child's play. They can't eliminate all noise, but from what I can tell, they take care of anything that isn't in close proximity. For example, if I pay attention, I can still hear keyboard noises when I type. If I turn off ANC, the clock and keyboard are audible, but very muted. PASSIVE NC is pretty good to start with, and ACTIVE takes care of most of the rest, but some still gets through. It's miniscule, but it exists. We hear with more than our ears, as they say. Comfortable, lightweight, yes. I'm sure they do a lot more than I use them for, and eventually I'll either explore them, or not. They have not disappointed me yet - I started out using them with the 3.5mm wire and then figured out the laptop could do Bluetooth, so the wire went away. Range: Definitely not as great as the Sennheiser RF phones. Bluetooth has less range, I can get 25 feet from the laptop and the Bose drop out. With RF, it's closer to 60. Technology is what it is - I can't use the Senns with the laptop unless I add more wires. Sound quality: Sadly, I have to say "Just OK." Reproduction is skewed away from the bottom. Bose should up their game - these really need an EQ. "Lacks Bass" is an accurate criticism. SO - Awesome ANC, but mediocre sound reproduction. Recharge time: Really quick. I haven't timed it, but it looks like overnight ANC duties are refilled within an hour or so. I'm not paying close attention, but I have never gone to use them and found them not fully charged. Easily "good for normal use." How to make them better? About the only thing I can come up with is adding in a pair of silicone ear plugs. Or a set of custom plugs. I have 3 sets of custom plugs (I'm into hearing protection - I shoot guns, ride motorcycles, snowmobiles, run chainsaws, blowers, lawnmowers and power tools) so if I add in a set of ear plugs, it's pretty much total sound deprivation. Keyboard noises go away completely. I can still hear myself make sounds - breathing, coughing, sniffing, etc., but that's about it unless it's REALLY loud. Phone ring? Forget about it. Doorbell, someone breaking in to the house, nope. Nuclear war, maybe. If it's right next to you, you can pick it up, but if you're not close enough to feel the vibrations, you'll be oblivious. That takes some getting used to, and it's a little spooky at first. Get these. For your wife.

All around great product.

This product has done the job for me. I don't hear my husband snores and can get a better nights sleep. Music is great, put on some sleep tunes and you are set. Works for phone calls as well.

We have had a couple of pairs of Bose headsets in the past, but the wired ones. These wireless headphones are awesome.

Slightly disappointed in these. The color is amazing but they aren’t as snug as my previous pair and the sound isn’t as strong.