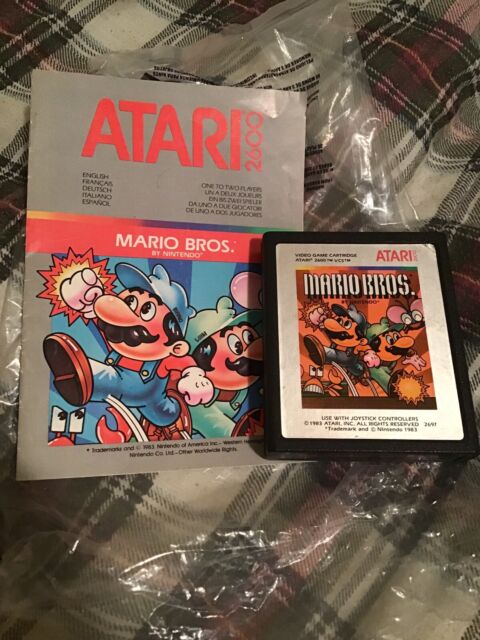 This item will ship to United States, but the seller has not specified shipping options. Contact the seller- opens in a new window or tab and request a shipping method to your location.
Shipping cost cannot be calculated. Please enter a valid postal code.
Item location: Quebec, Qc, Canada
Shipping to: Worldwide
Excludes: Qatar, Saudi Arabia, Morocco, Kuwait, Macedonia
* Estimated delivery dates- opens in a new window or tab include seller's handling time, origin postal code, destination postal code and time of acceptance and will depend on shipping service selected and receipt of cleared payment. Delivery times may vary, especially during peak periods.

The buyer is responsible for return shipping costs.

Grandia 3 is a game that has great strengths in most areas but is also lacking in some. You will not be disappointed when it comes to it's fast-paced action-packed combat, amazingly crisp and detailed graphics, awesome backgrounds, supurbly detailed and developed characters graphics, character controls and feel, and it's beautiful visual cutaway scenes. I absolutely love some of the battle controls and the new and original battle moves! I also thought that the main battles were a welcomed chaleng, and I do mean a challenge. The creators of this game did a great job on creating an interesting and unique storyline with a very likable main character that draws you into the game very fast. They did great with the graphics and battle moves and even did alright with the music and sound, but...... Where they left off is the most important area for a true RPG fan..."THE STORY" I know I said it has an interesting and unique storyline, but that is only at the beginning. The story starts strong but does not maintain. The game does not have very many side plots or alternate storylines with the great freeplay that a Final Fantasy or Suikoden has. It also begins to lose some of your interest as you realize that some of the most interesting characters are in and out of the story very quickly (never to return) and you are stuck dealing with some pretty average characters most of the time. It also only has about 30-35 hours of total gameplay, which I really prefer 70-120 hrs. if the game is worth it. All in all it has some very strong attributes that you will like, but for those that hunger for all of the side quests and a lot of plot twists and free play, you will be a bit disapointed. I truly hope that Grandia 4 will take the awsome battle style and graphics and build a more involved story with more side quests and keep the interesting characters around longer.

great game in a great series.

Overall, this is a fun game. I enjoyed it quite a bit, though not quite as much as the previous Grandia games. I will break this review down into many subcategories to make for a more fluid review. Character development: average. Not as good as I would have liked. The characters are horribly linear and you always know what their going to do or say before they do it. Alfina, the heroine, is a lot like Elena from G2 (Grandia 2), only not quite as naive. Then theres Yuki's mother. Do you remember Justin's mother from G1? She's pretty much the same way, which is a good thing. She's the best character playable character in the game. Not to mention this is the only game I've played that you fight alongside your mother. Most the characters have a previous Grandia equivalent character. Ulf=Rapp. Yuki=Justin. Hect=Liete. etc. Well, I guess that's just my opinion, anyway. The characters do grow on you after a while, though, and you do begin to care for them. I do love Miranda and Alonso. Best characters in the game. Exploration quality: poor. You can't walk off the linear paths set in front of you. Can't walk off the roads or anything. Instead of having the compass like the other games you have a map. (with how linear the roads are you really don't need the map.) Story: Overly cliched, but not painfully so. We have been there, done that a million times. Bad dude trying to destroy the world, and resurrecting an ancient power to do so. At least in G3, he isn't doing it for power, (though, without spoiling anything, one of his henchmen is. But he barely ever comes into the picture. Truth be told, I think they only say his name once...) he is merely doing it to create a world as he sees to be perfect, with no thoughts for his personal gain. This is a bit refreshing. Awesome FMVs to tell the story, too. Gameplay: Ah, beautiful. If you've played any of the previous Grandia games, you know what to expect. In battle, you're characters and the enemies move around a circle (rather than along a bar like the previous games)called an IP gauge. When they reach a certain point on the gauge, you input a command (attack, defend, magic, etc.) which they will then prepare to execute. Depending on where the enemy is on the circle, the battles tend to call for a lot of strategy. There is the addition of ariel combos to G3, which are VERY cool. If one of your party members manages to hit an enemy with a critical hit while he is "off balance", then the enemy is thrown into the air. Another party member has to run up, and hit him while he is in the air. If the second party member succeeds, then you have an airial combo, which does a lot of damage. If you kill an enemy with an airial combo, then it is more likely to drop rare items or more money. At the end of the battle, if you get a flawless victory, you get a little extra sp back. Mana eggs also return this game for learnig magic and increasing their power. Some spells have changed names from the previous games, such as "crackling" is now "Crackle Fang". Oh, and one thing that made me cry is that "Dragon Zap" isn't in this game. Voice acting: The voice acting actually wasn't as bad as the previous Grandia games. It was way overdramatized in many scenes though. Battle cries are just as silly as the other games, too. Game length: My game clocked in at about 40 hours. I did lot's of extra stuff, too. Overall, not the best addition to the Grandia series, but by all means a good one.

Reviewed for Big Boss Games by: T.R.C. The Cast: Yuki - A wet behind the ears pilot. Miranda - Yuki's much to young mother. Alfina - A communicator. Alonso - A captain and gambler. Ulf - A dragon rider. Dahna - A village chief. Hect - A lonely girl with great violin talent. Story (Score: 6/10): Guardians protect the world from great evil. Communicators are the chosen that can speak with the Guardians and pass down the wisdom imparted to them. When one of the Communicators starts to hunt down the Guardians it is up to Yuki and friends to save the Guardians and the world. Music (Score: 8/10): Popish with some haunting violin tunes and orchestra music plays a big roll in the soundtrack of this game. Battle System (Score: 6/10): Typical turn based attack system. No random battles! You can fight or stun an enemy and run away from them. Magic system is unique and fun to play with. Although, after about the 30th time you see the same spell, you will wish for a shortened form of that spell. Mana Eggs can be found in dungeons, you can fuse the eggs together to make stronger Mana Eggs. Which can be converted into stronger spells. Item of note: You can do combo attacks with your team members. Start by having one of your team members do a strong attack, this will knock the monster into the air. Then have another one of your team attack the monster before it hits the ground and watch the show. You can have more them 2 people do a combo attack on the same monster if you can time it right. Game-Play (Score: 6/10): Grandia III was a good game. It took me 41+ hours to complete. This is an average length for a PS2 RPG game. Overall Score - 6/10: Grandia III was a fun game to play. I enjoyed the battle and magic systems. The story is what kept me playing, even at the times when I was about to walk away from the game forever, when another wonderful plot twist would unfold in the story. That would keep me glued to the TV to find out what would happen to Yuki and his friends. All in all, Grandia III is a good not great gaming experience. I recommend that you maybe rent this one or buy it used.

Avoid this if you want a well-developed RPG

Fairly aggressive Active Time Battle system with a twist- each person choosing an action causes the battle to "stop" so you can see what everyone is doing currently. This game makes good use of a small map area and towns/villages in very close proximity to each other, but the story line, characters and plot are pretty much the politically correct, "every should love the world and everyone in it because of sunshine and rainbows" theme... gets real old after awhile. The game itself is extremely short as well, about 25 to 30 hours if that... as they do not level up very high by the end of the game either. There is not much in the way of side quests or diversions either except the card game which is extremely limited and gets really boring after the 5th time you've seen the cards.

Well first of all im a huge RPG fan and play ALOT of different rpgs. Now Grandia is a good series and the number III i bought cause i knew what i was going to get, meaning some good hours with quality rpg from a famous series. What i liked most of it was the graphics and u see clearly that square-enix has come in the picture so compared to other grandia games it was a beauty ;) Battlesystem was nice as always and i like the arial combos u could perform with each character. What i disliked was Alfinas crying over and over on the fmvs. Meaning lots of sad fmvs wich i would call overdrama. I also disliked that the attacks each person had was almost the same as in the other games in other words no new here, it was also combined with frustrating one liners going on and on. All in all i would say this is a good game with some annoying elements but else it was quite good. Cool badguys :) with huge swords. Here u get lots of good hours worth your money. Even better if u are a grandia fan.