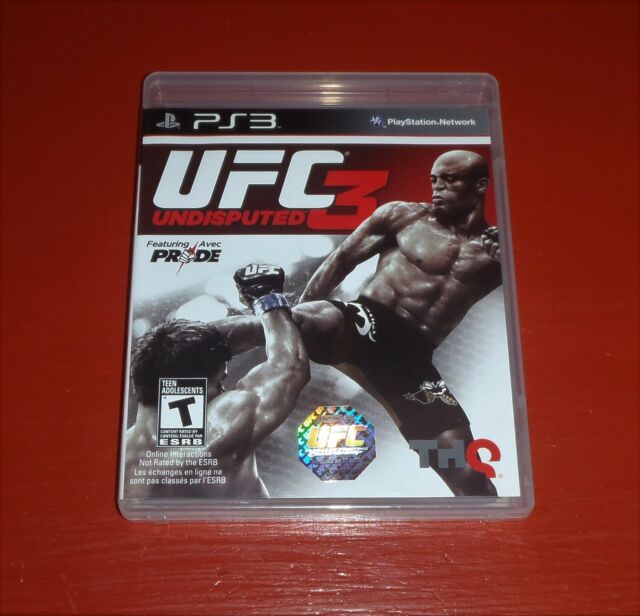 Feedback on our suggestions - Sponsored items from this seller
Report item - opens in a new window or tab
eBay item number:
164507252679
Seller assumes all responsibility for this listing.

This item will ship to United States, but the seller has not specified shipping options. Contact the seller- opens in a new window or tab and request a shipping method to your location.
Shipping cost cannot be calculated. Please enter a valid postal code.
Item location: Winnipeg, Manitoba, Canada
Shipping to: United States, Canada
Excludes: Qatar, Saudi Arabia, Morocco, Kuwait, Macedonia
* Estimated delivery dates- opens in a new window or tab include seller's handling time, origin postal code, destination postal code and time of acceptance and will depend on shipping service selected and receipt of cleared payment. Delivery times may vary, especially during peak periods.

The seller is responsible for return shipping costs.

I love the game

Not only did I wait late to receive my game.. But it came with defects & the disc does not work properly. Very upset & its reasons like this I grow weary of shopping on e bay.

Improved from 2. Good Game. Will be worth the price after 2 months. imo.

No game imo can EVER be better than the first UFC Undisputed. I'll be playing that game forever. FriendlySavage2; or CraigCandyman2 are my names, hit me up.. Number 2 was definitely different... It introduced an all new swaying/weaving;clinch and ground system. Although 2 was more realistic, I felt like number 1 was more enjoyable. With two, I felt like if i got clinched or taken down, I'd lose...They definitely improved upon this with 3 as far as i can tell with the demo. Therefore, In general, compared to every other game not including UFC09; It's a pretty good game.

Greatest Fighting Game Ever!!! A+++

Career Mode - You can create your own boxer or choose one of the "gladiator of the third millennium" UFC to participate in the Career mode. Here, your athlete will fight in tournaments and move up the rankings to reach the UFC and maybe win the championship belt. Between fights, you train, learn new moves, winning sponsors. You choose your opponents and earn credits that can be spent on clothing, equipment or a few days training with other champions. On the nights of fighting, you can choose to watch each match of the event or jump straight to their struggle. "UFC Undisputed 3" so faithfully reproduces the transmission to the TV that gives up to sit and watch a few games, but it's not something you'll want to do for a long time. Tutorials in Portuguese - "UFC Undisputed 3" is full of tutorials. They are 62 "lessons" that teach practically everything you need to know to survive and do well in the octagon. You also have instructions between rounds of the fight and can learn new techniques in the Camps. To make life easier for Brazilians, the game is in Portuguese. So you only need to worry about learning the jargon of the MMA in our language. Online fancy - The game features a variety of online modes: you can fight in ranked matches or casual, play a tournament with friends and participate in a camp - a group of fighters, as a "clan" in shooting games. You can also share the best moments of his career with friends, producing and distributing a video of his best fights. Submission system - The submission system "UFC Undisputed 3" seems simple at first, with both fighters on the ground, you press the right lever to start a mini-game where a player runs after another in an octagon around the screen. Stay in the area of ​​the opponent long enough to fill a bar to finish the fight. If you're stuck in the submission, escape the opponent to escape and turn the tables. At first, it's easy to think that just enter the mini-game to try to win, but after a few fights, you'll need to stand and hold the opponent before leaving for the mini-game. Of course, it will not make things easier and surrender, which makes the ground fighting strategy and more exciting than in previous games. More accessible - "UFC Undisputed 3" is a game more accessible to the lay public than the previous games. You have simplified command options, for example, that much easier and the execution of movements in the Octagon. Even the mini-game submission helps you better understand the dynamics of ground fighting, something that is always difficult for those who do not practice a martial art or does not follow the MMA fights on television. Pride - The addition of the Japanese Pride tournament brings variety to the game and should please fans of a more aggressive brawl: beyond the ring instead of square and octagonal cage fun and excited Japanese narrators, the Pride has its own rules mor

One of the best games i have ever played!

Career mode is super fun! I am currently the ufc featherweight champion of the world(in the game) hahahahahaha!!!