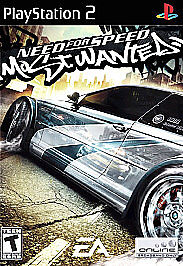 I jumped into the Need For Speed series with Underground. The game simply blew me away, as it did for the other 7 million people who purchased the game. The graphics were simply amazing, and what couldn't you like about pimping out a car that you'll probably never be able to...Read full review

1 of 3 found this helpful

I jumped into the Need For Speed series with Underground. The game simply blew me away, as it did for the other 7 million people who purchased the game. The graphics were simply amazing, and what couldn't you like about pimping out a car that you'll probably never be able to dump that much money into! Underground 2 was a valient attempt to match and/or beat the original, but everybody who's played that knows it was good, but not even close. The cutscenes were TERRIBLE! In Need For Speed: Most Wanted, the people from EA have a great idea going for them. From what I've heard, it's a mix of the two older games before Underground, which is a great idea. The idea of cop chases (and earning points based on how destructive/evasive you are) is very fun, as are the conversations you hear on your "police scanner". Police don't necessarily need to spot you breaking the law, as sometimes just running into other cars will cause a "call" to be put into the P.D. and they'll send a unit or two out. The cutscenes and storyline are good as well. Since there's no swearing or abusive language allowed, it's hard to replicate a "true" bad boy image and confrontations between "blacklist" characters. It's hard to imagine someone on a "blacklist" calling you a "jerk" :) Unlike the last titles comic-strip-like cutscenes that made me want to chuck the game out the window, this one has real movie-like scenes that seem to be caught in between real full motion video and animation, but are a perfect way of portraying it! The mouths move perfectly to the words, and not to mention the ladies of the game! The storyline will suck you in, as the opening few acts lay out the story and get you kind of mad! Mad enough to keep playing and get your ride back! Loading times are FAST, and restarts are instant. The controller can be configured for you to use either the control stick or pad for your preference...and if I remember correctly the previous N.F.S. game forced you to use the control stick which I despised (I believe....don't hold it against me if I'm wrong!). There are a lot of other little things that I will let you discover on your own as you play the game, but I do have to leave with one con of the game. The graphics during driving are TERRIBLE. I play the game on a 42" plasma HDTV and I must say I thought I was playing this game on Playstation 1. The edges of the cars, surroundings, roads are EXTREMEMLY choppy. So far, I cannot figure out a way to change camera angles, as you are stuck with ONE VIEW and ONE VIEW ONLY. No inside the car angle, or far-away shot, just ONE behind the car angle. The car also seems to be too close to you, and there is no way to change it. You can put it on widescreen to give you more viewing area, and it helps with the distance but in my opinion it makes the graphics even worse. I started with a Lexus IS300, but it looks more like a Mini-Cooper in widescreen mode. N.F.S Underground 1/2 was VERY smooth while driving and made you really feel like you were driving fast down the street in the nighttime, with the street lights just a blur as you zip past. Not this time...as the surroundings are VERY choppy and aren't smooth at all. Maybe other areas of the game are better, as I'm only on the first area? I hope... The driving graphics are my only gripe, but it's a big one. It takes away from a LOT of the game in my opinion as EA might have spent too much disc space on the cutscenes and profiles (which are awesome). Rent it first!

1 of 3 found this helpful 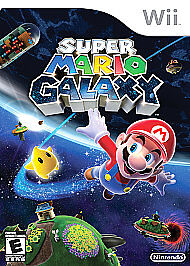 Different from the norm - But definitely addicting!

After reading other reviews, people tend to either completely love this game, or it just can't catch on with them. This is the first Mario game that takes place outside the Mushroom Kingdom and has more of a "real life" aspect to it - having to do with outer s...Read full review

Different from the norm - But definitely addicting!

After reading other reviews, people tend to either completely love this game, or it just can't catch on with them. This is the first Mario game that takes place outside the Mushroom Kingdom and has more of a "real life" aspect to it - having to do with outer space and planets. I decided to just outright buy the game instead of rent, and that was a good choice. The controls are outstanding. They keep it simple and use 95% of the old controls and moves from Super Mario 64 on Nintendo 64 - Which, in my opinion, was one of the best Mario games of all time! It's really easy to control Mario with the Nunchuk in the left hand, and use the remote to point a "star" on the screen and collect certain items on the screen. Two players can "play" at the same time, with the 2nd player using only a star pointer to collect items and freeze enemies, and they also can help Mario reach high places by "clicking" on him at his highest jump point to give him an extra boost. Now your friends don't have to sit and watch you play, they can help you too! The camera angle can't be changed a majority of the time, but Nintendo does a great job of keeping a good angle on you at all times - very rarely is the camera in a bad position. The graphics are some of the best ones I've seen on Wii so far. It's entertaining to see how far Mario has come from the older systems! The component hi-def cables are highly recommended as there is a fairly noticable difference between the two, at least in my opinion. The hi-def cables round off the graphics and allow smoother animations to fully enjoy the graphics of this game. The gameplay is very fun and addictive, as I've never had that repetitive feeling just yet. Each "star" you have to collect (121 in all) is a different mission. Nintendo really comes up with some creative ideas on using the systems functions and remote! Mario goes from planet to planet (instead of stage to stage) and each planet has it's own "theme". It makes me want to keep going in the game just to see what will come up with next! Without giving anything away, I'll stop right there! It's definitely a little different than any other Mario game, but if you give it a chance most likely you won't stop playing! If you liked Super Mario 64, this is a MUST have for you! Very similiar, and some people even believe it to be a sequel! 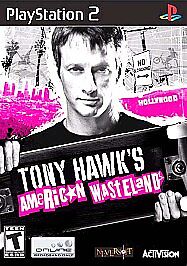 Too many changes in the base of the game.

For me, I like Tony Hawk for the different levels to play in, different storylines, soundtrack (I know it sounds a little stupid!), and change of challenges. What I don't like is too many new moves being added, ways to do moves, and changes in the very basics of the game. On...Read full review

3 of 3 found this helpful

Too many changes in the base of the game.

For me, I like Tony Hawk for the different levels to play in, different storylines, soundtrack (I know it sounds a little stupid!), and change of challenges. What I don't like is too many new moves being added, ways to do moves, and changes in the very basics of the game. One of the biggest pet peeves I have with the game, is the way you have to get your cash. Before, all you'd have to do it reach a high place, or find a secret spot with some cash hidden, and you'd be golden. Now, you reach a mission where you need $500 in funds and you only have $50! Time to get some cash, right? Easier said then done. You have to find this one dude with a dollar sign over his head and finish his "challenge" which ranges from holding a manual for 5 seconds (big whoop!) to doing tricks he calls (2 of them) while holding a grind or plant! VERY EASY, but annoying since he only gives you $25 (sometimes $50) at a time!! And to add to that, once you see him for cash (whether you complete it or not) he moves to another spot in the level and you cannot go to him twice in a row in one level! It gets annoying and repetitive sometimes. The graphics are pretty good, room for improvement, and the storyline is OK. They do have some good 'ole Tony Hawk one-liners and statements that will make you laugh! The action and movements are very smooth and no "choppyness" what-so-ever on a decent TV. I am using component cord with digital optical sound, however, so your experience may be a little different. There is a catch with the "no load time" thing as advertised...technically there is a MINOR load time (you actually "drive" a truck from place to place if you wish, and the 3-4 seconds you're in the truck sitting there acts like a loading screen). The whole game is split up into different "areas" in which you must travel through; it's not just one big open field. All-in-all the game is pretty good, but the Tony Hawk's as of late have been lacking something....I just don't know what. What happened to all the competitions they used to have and getting some mad scores! OH! I almost forgot, this game has two modes. One mode is the story mode with free roaming, and the other is the good 'ole "old school" classic mode with the goals, hidden tapes, and 2 minute runs we're all used to! I would give it a 3.5 if I could because of this "classic mode"!

3 of 3 found this helpful