Cindy Benabderrahman is a writer and teacher living in the foothills of the Appalachian Mountains. She was recently married in the old Arab medina in Tunis, and she and her husband spent their three-week-long honeymoon rocking the Kasbah. 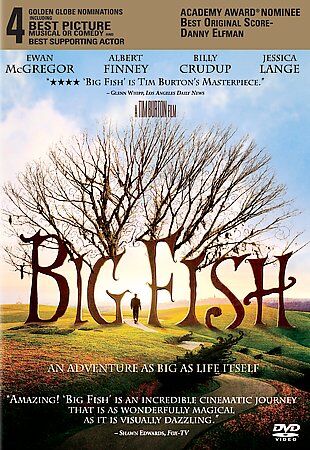 Revisiting the One that Got Away

Big Fish (2003). We loved Edward Scissorhands (1990) and we hated Planet of the Apes (2001). And maybe we were lukewarm about everything in between. But Burton made a resilient comeback with a fish story bigger than the ones my grandfather used to tell. Marked by the unq...Read full review

Revisiting the One that Got Away

Big Fish (2003). We loved Edward Scissorhands (1990) and we hated Planet of the Apes (2001). And maybe we were lukewarm about everything in between. But Burton made a resilient comeback with a fish story bigger than the ones my grandfather used to tell. Marked by the unquestionable stamp of Burton’s artistic direction, this film tells the life story of Edward Bloom (Albert Finney), through his son William's (Billy Crudup) eyes, and through Edward's own memories. William has lived his entire life resenting his father's particular brand of tall tale, and when he brings his wife home for the first time, at the eve of his father's death, she relishes in hearing them all. William, however, wanted to get a chance to know who his father really was before he died. Young Edward (Ewan McGregor) lives a romantic life full of dreams and danger. Each of his stories comes to life in a gaudy and grandiose way, full of whimsy and wonder and unbelievable color. Based on the novel, Big Fish, A Story of Mythic Proportions by Daniel Wallace, Tim Burton and screenwriter John August have created a film that is bigger than any fish story Bloom could tell – and without the camp or the kitsch. I can understand why William doesn't believe his father. His stories are seemingly impossible – if only for his cast of friends and acquaintances – a giant, a circus ringmaster who is part werewolf, a town full of people who do not wear shoes, and a set of sexy conjoined twins are only a few of the people about which he weaves his narrative. But what happens when Will, rifling through his father's things in the garage, finds the deed to a house in the town he was sure never existed? Burton's best work earns its heartaches with honesty and integrity. This is not a film full of cheap gut-wrenches or low-brow situation dramatics. This is an impressionistic masterpiece about family and love and time and distance. Each time I watch it, I think of my grandfather, who said, "Now that's a good show." And it is. 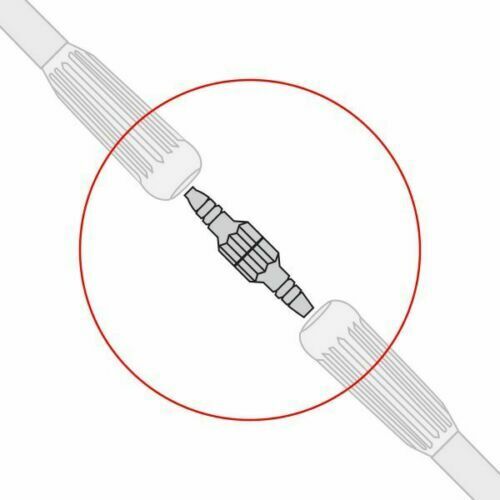 Total lifesavers at a great price. I love them.

These things are wonderful - they keep my tubing from getting twisted up and kinked! Great deal!