BA in history. I like anime and manga.I use to collect Coca-Cola not much anymore. 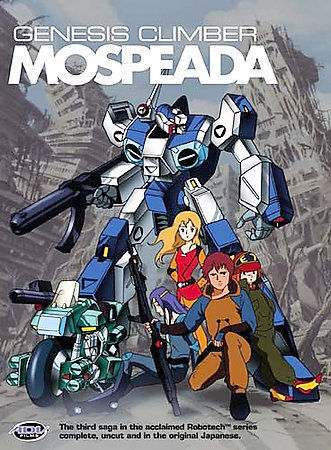 I watched this as part of a box-set pack with Super Dimensional Southern Calvary Crossroads. About $42.99 with both. I decided to buy this because I was interested in the Macross Universe (note: GCM was adapted to be part of Robotech saga in U.S. to be a continution of the ...Read full review

2 of 3 found this helpful

I watched this as part of a box-set pack with Super Dimensional Southern Calvary Crossroads. About $42.99 with both. I decided to buy this because I was interested in the Macross Universe (note: GCM was adapted to be part of Robotech saga in U.S. to be a continution of the 1985 American Macross Saga. It was third part of the Robotech story). Also it was in original Japanese and I wanted to see what it was like. Genesis Climber Mospeada (GCM) is one of the mecha animes that Tatusko Productions made to capitalize on Macross craze that was going on in Japan at the time. GCM have some elements like Macross: alien invasion, space army fighting it, emotionless aliens that learn humanity, etc. But GCM tries to do its own thing and it does a so-so job on it. Plot: The main character, Stick, is part of a military unit from Mars that is leading an assault against the Inhibit, aliens who invaded and conquered the Earth. The expedition does wrong when Stick's unit is entirely destroyed by alien forces. He is force to finish land in South America (?) and is left to go alone on his mission to defeat the Inhibit in North America. In RPG-like fashion, Stick gathers together a group of characters in his fight to defeat the Inhibit. They are Ray (a young wanderer and survivalist), Mint (annoying little redhead girl who can't shut up), Hotase (a ex-gang member turned wander), Yellow (part of the original Mars assault force who disguises himself as a female singer to make ends meat), Jim (part of original force; cowardly engineer), and Aisha (mysterious woman who haves the power to sense the Inhibit). Most of the episodic involved the group either running away, avoiding, or fighting the Inhibit. Others involved the group travelling their way to North America continent. Of course typical of Japanese anime, most of the characters get a episode devoted to their background or overcome a problem they had in the past. Overall, it is very straight and narrow anime. Design/Backgrounds: Characters are very 80s in design. They are all ugly by today standards (Mint looks like a really fat-pengunin). The only good one is Ray and possibly Aisha. What is very confusing and major plot holes about GCM is the sceneary of the story. The major part of the story takes place in South America but the towns and the atmosphere felt like the story is in North America based on how many white people here were (no Latinos). When they do get something right (the writers) such as the jungle scene, they treat the native Indians as if they never known what white people were and their technology is (through white people have been in SA since the 1500). Also some of the mechas designs get confusing with how much they looked alike and their color schemes (especially Stick and Ray) Some poor writing and art direction. But GCM does have some good points. It is very action-packed and keeps you hooked. One thing that is good about the story in the character interactions with each other and how they deal with each other when they found out more about themselves. This is good with the relationship of Stick and Aisha. Viewers would think that they would overcome their differences based on how lovely dovely they are together. However when Aisha's past is found out, Stick is unable to accept her for what she is. Very good tragic writing here. GCM is a very good anime. Keeps you hooked till the end of the story. Highly recommand!!!

2 of 3 found this helpful 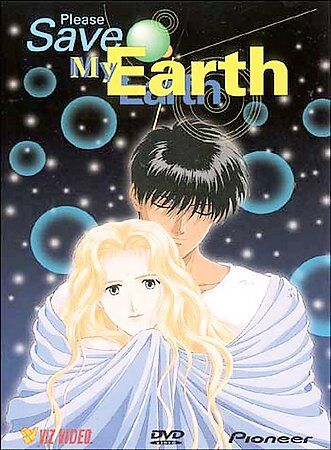 A review of Please Save My Earth

I rented this one. Based on a manga, Please Save My Earth OVA tells the story of Alice, a high school student from Hokkaido, who's family have recently moved to Tokyo. She hates it here and wishes to be back in Hokkaido. To make matters worse, she is confronted by two clas...Read full review

A review of Please Save My Earth

I rented this one. Based on a manga, Please Save My Earth OVA tells the story of Alice, a high school student from Hokkaido, who's family have recently moved to Tokyo. She hates it here and wishes to be back in Hokkaido. To make matters worse, she is confronted by two classmates who claim that she and they were alien scientists researching the Earth from a previous life. Though pleasant, she is confused by all this. When she gets home, she haves to babysit a bratty neighbor kid, Rin. Rin drops a flower pot of hers over a baloncey and she slaps him so hard that he crashes down onto a tree below. Unconcious, Rin ends up in the hospital and Alice is so upset by what she haves done that she prays for his revive. Either due to the powers she haves from her past life or brain damage, Rin awakes up with the memories and personality of his previous life. Still upset, Alice wants to marry him as part of forgiveness for the accident. However Rin's new personality is psychotic and dangerous due to anger of being mistreated and the hardships he faced in his previous life. He wants to kill one of the reincarnations for delaying his reincarnation to be with Alice (she's a teenager). The hated reincarnation had adopted Rin's previous form to get Alice but he is sickly and regrets making his previous life's decisions. Though Rin learns of this, he is still dangerously angry. PSMY is one of the best OVAs I seen. Though old, it haves solid storyline and great characters. A possible problem with the story is that it gets confusing about who is who with the previous lives and why they act they way they do. You may have to view the options or rewatch the video to understand it. Another problem is that Viz haves stopped making the DVD and the manga is hard to find in real stores. The voices are solid. Nobody seems corny or chessy with the English translation. Rin's voiceover did a good job with making the Ring around the Roses creeply affect. Though it may be overlooked, PSME is a must-buy and a overlook classic (to me) of anime 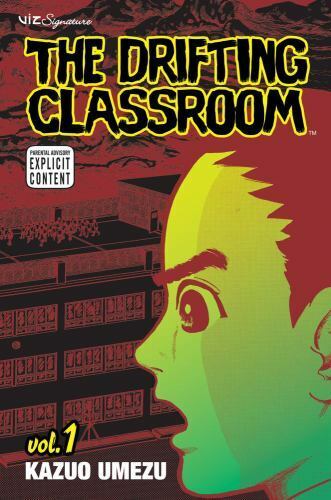 Read through about Vol. 4 of an online translation of it. Drifting Classroom (DC) is a 1970s manga and award-winning at that. With a Lord of the Flies feel and post-end of the world future, it is a very terrfying and haunting sci-fi manga. The main character is Sho, a 6th ...Read full review

Read through about Vol. 4 of an online translation of it. Drifting Classroom (DC) is a 1970s manga and award-winning at that. With a Lord of the Flies feel and post-end of the world future, it is a very terrfying and haunting sci-fi manga. The main character is Sho, a 6th grader at a Japanese elementary school. At the beginning, he gets into a fight with his mother over some toys she throw out. His mother tells him that he needs to grow up and be mature for his age. Sho tells her he doesn't want to see her again and marches off to school. What happens next is that the school gets transported through a explosion to a very dry, desert alien world. With the strange situation they are in and unable to perceive what happend, some of the character go insane; especially the adults. The most terrifying is the lunch delievery man. He, like most of the people at the school, realizes that the only food left for them is the one he delievered in the truck. He starts attacking students who try to get food and even takes a girl hostage. He does this in order to keep all the food to himself. Sho and the others lead an assault on him, being able to capture the lunch deliever and confine him into a locker. Then Sho's teacher goes insane and kills all of the teachers after he learns the true nature of the world they were in. He tries to kill Sho but he is able to get rid of him. DC is mainly a psychological thriller of horror. Through the manga so far, characters's realizations/declining of their situations or treatment towards others impacts how they survive during the series. For example, Sachiko, a classmate of Sho's, haves a little brother who runs out into the desert to go home. He collapses and everybody is afraid to go out; especially the adults who fear possible radition. But the kids spy on the teachers later on and hearing them being glad of the student's death for it gives more available food to the teachers. However despite hearing them, they continue to believe Sho's teacher is good and believe his story of the teachers' suicides (due to his being kind to other students before his discovery). Their lack of concern would cause more deaths later on in the series. Despite the great psychological drama, the series does have it problems. Some of the characters' looks scream sterotypes of the genres and they look like they can play the part easily. But despite all the violence of the series, violence is really tone down due to being originally published in a young boys' comic book. It shows one character got run over by a car, with his face facing the tire. His head should have been sqush like a bug with a foot coming on it. It should have been more sensible if they did a cut-away with blood being seen only. However due to its age (this was made during the 1970s), this should have been proper for the time. This is a good series so far from what I read. It is very hard to find at stores but if you find it, it is highly recommended. Brillant plot and good characters makes the money spent on it worthwhile.