Based in United States, esmida3 has been an eBay member since May 20, 2007 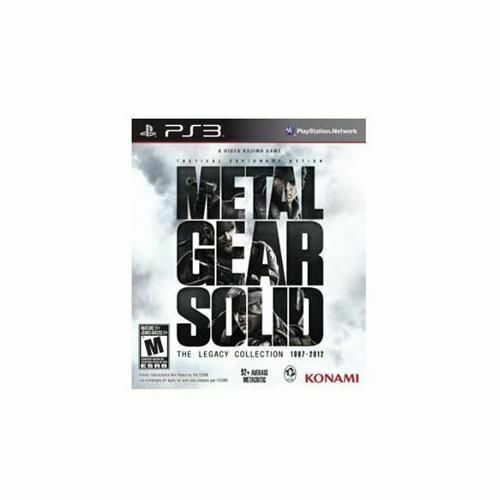 Something there can be too much of a good thing and one begins to wonder if the greatness can hold its death grip on your senses for the whole trip. There's a fear that at the last moment the experience will take a drastically wrong turn and turn your favorite t-shirt into ...Read full review

Something there can be too much of a good thing and one begins to wonder if the greatness can hold its death grip on your senses for the whole trip. There's a fear that at the last moment the experience will take a drastically wrong turn and turn your favorite t-shirt into a dishrag. But put those fears aside because Metal Gear Solid 3: Snake Eater manages to set a fantastic pace early on and keeps everything going right up to the closing credits and then some. Overall, this is the best Metal Gear Solid game that we've seen and, yes, it rules. First of all, I have to come out and say that Metal Gear Solid was the previous titleholder for the Solid Snake crown. With the creative boss battles and innovative style it was well worth replaying over and over despite the naysayers who complain about its length. After all, the same thing can be said for Metal Gear Solid 2: Sons of Liberty with its incessant Codec conversations and movies. Strip away MGS2's story and there's a pretty short game there as well. As for its story itself there's little of interest unless you really want to spend a couple of late, smoky nights going over the details and putting all the pieces together, and they do fit together. While that's kind of interesting if you want a pleasant mind rutting, it was far from fun to watch a game eat itself. Still, the one thing that MGS2 did right, fantastically right, was take the gold standard of stealth espionage action from MGS and update it beautifully for the current generation. The graphics were amazing to look at and with the new sets of moves and details to dig into, gamers kept going back again and again for more to try out a situation in a different way or collect all of the dog tags they could get. It was so slick and pulled off so well that it even helped the Metal Gear RAY battle go down nicely, or at least be stomached.