Based in United States, getjas1 has been an eBay member since Sep 01, 2006 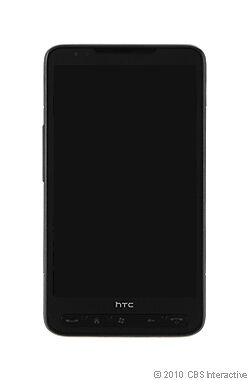 This review is specifically for T8585 model and not T9193 or the T-mobile version. Although they are same, just the 3G bands totally differ on all 3 and some cosmetic changes and branding. While this was a great phone in 2010 when it was launched but the future seems bleak ...Read full review

4 of 6 found this helpful

This review is specifically for T8585 model and not T9193 or the T-mobile version. Although they are same, just the 3G bands totally differ on all 3 and some cosmetic changes and branding. While this was a great phone in 2010 when it was launched but the future seems bleak now. Please google "Windows Mobile July 15" Windows mobile 6.5 has reached end of its life, would no longer be supported by Microsoft, and no new apps would be allowed to be developed, in fact the app marketplace is going to get shut down by July 15, 2012, so you won't even be able to buy apps. Pros: 1) Nice bar phone, which looked similar to IPhone 3G and worked similar with HTC Sense app. 2) Windows Phone 6.5 was quite stable as it had gone through many releases. 3) This phone has 1GHz processor, but not dual-core, good for a 2010 phone, but not great per today's new generation phones. Cons: ********US BUYERS BEWARE********** 1) HTC HD2 differs with the model number on its usage with different GSM provider for 3G internet services. If you are in US, please DO NOT BUY T8585 as it does *NOT* supports 3G for AT&T and not even for T-Mobile. a)If you want to use it in US with T-Mobile, buy the T-Mobile HD2 b)If you want to use it in US with AT&T, buy the HTC T9193, Telstra model. If you are in Europe, or going to use it outside US then it may make sense to check the 3G service frequencies before you make this purchase. I came to know this hard way after buying the phone, I had no way to use it on 3G network. It works for calling, but the 3G internet service, data service are not supported for US. I don't think anyone would buy this smart phone and not use it for internet, so it doesn't makes sense shelling out on this model, if you are in USA. 2) PLEASE NOTE - the days of this phone are numbered now, newer version of android are device specific and are no longer open source, so you will not be able to flash this phone to an android. 3) There have been successful flashes, but a lot many times, people ended up bricking their phones. 4) After Android flashing, there have been lot of issues with call drops and connection dropping, those who have successfully flashed theirs still have issues, so it is really not a fully functional android device, and you will end up spending a lot of your time figuring out how to rid of those problems, and many are still not fully resolved. 5) Too costly on price value point at this time, no worth left after mid of this year, 2012. I would not recommend a windows 7 phone, as the marketplace is almost non-existent, I guess we are now just left with 2 new platforms to focus on Android and Iphone. RIP - HTC HD2 and Windows 6.5. Both reach end of their life this year mid of 2012. Not sure if you are able to see this link, here it is for your reference. http://www.ubergizmo.com/​2011/05/no-new-apps-windows-mo​bile-6-5-marketplace-july-15th​/

4 of 6 found this helpful