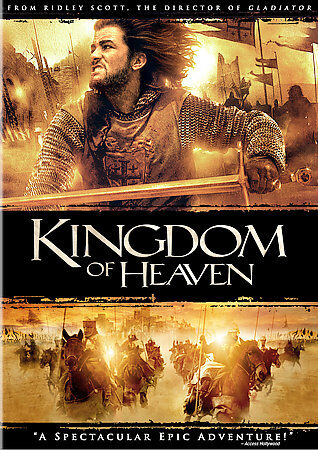 Director Ridley Scott confronts hundreds of years of religious conflict in KINGDOM OF HEAVEN. An epic film set in Europe and the Middle East, the story follows one man's struggle to better himself and the world around him. Orlando Bloom stars as Balian, a French blacksmith w...Read full review

5 of 5 found this helpful

Director Ridley Scott confronts hundreds of years of religious conflict in KINGDOM OF HEAVEN. An epic film set in Europe and the Middle East, the story follows one man's struggle to better himself and the world around him. Orlando Bloom stars as Balian, a French blacksmith who is mourning the deaths of his wife and baby when his estranged nobleman father (Liam Neeson) arrives and asks him to join the Crusades in Jerusalem. Mindful that conducting the Lord's work will help him atone for his sins, Balian agrees, and embarks on the perilous journey. Along the way, he reveals his gifts of inherent goodness and fair treatment of all human beings. Upon reaching Jerusalem, a city where his meager beginnings no longer matter, Balian earns respect and fealty, while the evil Guy de Lusignan (Marton Csokas) looks down his aristocratic nose at the former laborer. As he did in GLADIATOR, Scott explores the theme of a man who chooses his fate, instead of accepting the fate given to him at birth. Balian comes to life in Jerusalem, protecting the weak and defenseless as his father told him he must, and catching the eye of the beautiful Princess Sibylla (Eva Green), unhappily married to de Lusignan. Scott paints a stirring portrait of the struggle over Jerusalem among Christians, Jews, and Muslims. In doing so, he also shows the passionate fight for religious freedom. KINGDOM OF HEAVEN ably handles these delicate issues, effectively treating characters from all factions as individuals and not as stereotypes. By placing a virtuous man at the center of this conflict, Scott creates a powerful, universal story.

5 of 5 found this helpful 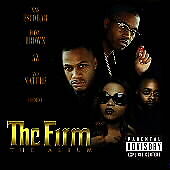 The Firm was an OK album. The only reason I bought this album is for the few tracks that I like.If you remember this CD then you know the best track is 'Phone Tap'. 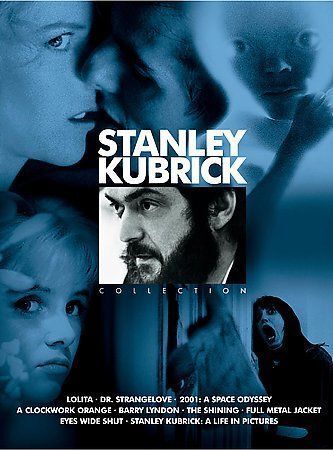 I always wanted buy all of Stanley's movies, and stumbled across this collection. I bought the collection used and when it came it was like new.GREAT BUY