Hey, I'm just your average honest gamer. I mostly shop for video games/accessories and nothing more. I promise you'll always receive positive results from my purchases!

It looks legit to me!! Beautiful Jasper. :D Are all the beads around the necklace also made from Jasper as well? Thank you!!!!! 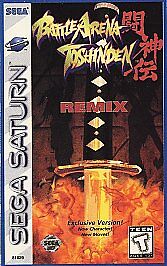 If you were a pioneer of the old school era and enjoyed playing fighters such as Tekken, Soul Caliber and Bushido Blade back in the glory days of Playstation 1; you should have no problem getting into this title. The music in this game is very exceptional although you'll hav...Read full review

If you were a pioneer of the old school era and enjoyed playing fighters such as Tekken, Soul Caliber and Bushido Blade back in the glory days of Playstation 1; you should have no problem getting into this title. The music in this game is very exceptional although you'll have to turn your volume up a little ways to hear it over all of the sound effects. The game play is a little laggy compared to modern fighters. Some attacks feel as though there is a delay in between the time you press a button and the attack connects with your opponent. You get over this issue pretty quickly if you're an avid fan of the retro fighting genre. This game was originally released for the Playstation 1 and ported onto the Sega Saturn with an extra character along with deeper story lines for each character. They also added in some very cheesy voice acting in the English version, it's somewhat racist and laughable for the most part. The graphics on the Saturn version aren't as well done as they were on the Playstation, sadly enough the reasoning behind this points towards the fact that the Saturn's graphics engine wasn't as strong as it's competitor. They also replaced the 3D back grounds from the Playstation version with low quality 2D backgrounds. I'm assuming if they attempted keeping the 3D backgrounds, it would slow down the game play even more so. There is definitely plenty of replay value in this game mainly because it's a fighter and you can always pick it up and fight against a friend in the versus mode. I actually prefer this version over the Playstation port because it has more of an anime feel to it and the voice acting is hilarious, it's definitely a great addition to your Sega Saturn collection. It's also a very cheap game out there in E-Bay land. What are you waiting for? Go bid!!! :) 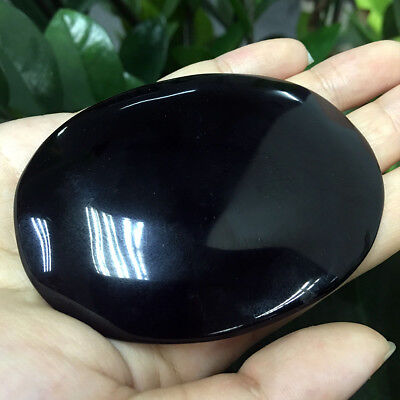 Helpful healing stone anyone & everyone can benefit from!

I absolutely love these obsidian stones! Each and every stone you purchase will be unique in its own right with its natural beauty. I accidentally dropped mine outside on concrete so it received a few battle scars, just don't drop yours so it stays nice & smooth. :)